One day we visited Fuengirola and its zoo (Biopark Fuengirola). 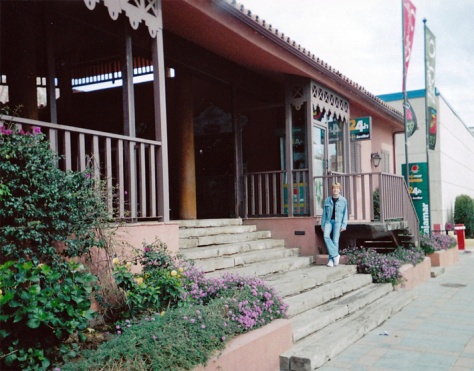 Fuengirola is a town on the Spanish Golden Coast, 24 kilometers west from Malaga international airport, and about 30 kilometers east from Marbella. The sandy beach is 8 kilometers long and has been awarded the Blue Flag disctinction by the EU. The seaside promenade Paseo Maritimo is very popular and quite crowded with hotels.

The zoo was renovated in 1999. The old animal cages were destroyed and the animals were given more natural homes. There are about 90 species in this zoo, including mammals, birds and reptiles. The mongoose and the tiger especially caught my eye. You can also see parrots, a leopard, bats, gorillas and crocodiles. If you want you can join a free guided tour.

We asked the personnel at our hotel to recommend a restaurant for us. First they listed a few ones in Estepona, but they were expensive restaurants for tourists. We wanted to experience something local and traditional. To sit with local people and eat good Spanish food. We got a tip of a nice place in San Pedro Alcantara, just 5 kilometers from the hotel. The small town is full of great restaurants. They do not always speak a lot of English at the local restaurants, but that did not bother us. We got a table even though we did not have a reservation. The place got packed quite quickly after it opened at 8 p.m. The food was fabulous. We ate grilled prawns with garlic and herbs, grilled fish, boquerones fritos, tasty clams and mussels. And tasted some very good wine.

Most people have heard of Marbella, the beautiful city on the Spanish Golden Coast, where the rich and famous like to hang around. Also golfers like to visit Marbella and its golf clubs. The population is about 120 000. We visited Marbella one very sunny day. Already in April Marbella was warmer than most of the summer days in Finland. The boutiques were nice but expensive, the selection of restaurants and pubs is wide, the old town is beautiful, the seaside promenade offers a fantastic view towards the sparkling sea and the city itself and the beach is crowded during the summer months.

The harbour is crowded with fabulous luxury boats. Puerto Banús harbour is very popular. Around 5 million people visit it every year. The restaurants around the harbour are expensive due to tourism. If you like luxury, harbours and crowds, this is the city for you. 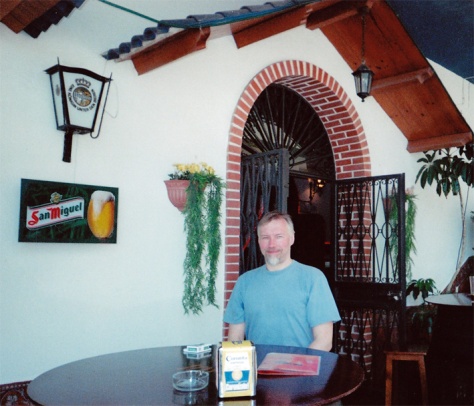 Estepona is a town about 34 kilometers west from Marbella and 83 kilometers from Malaga international airport. The area is known for fertile valleys crossed by small streams and a mountainous areas dominated by the Sierra Bermeja, which reaches an elevation of 1,449 m at the peak of Los Reales.

Estepona has many beaches, which stretch along some 21 km of coastline. It is a popular holiday destination. The most popular beach might be the Rada Beach, which is over 2 kilometers long and has golden sand.

You can enjoy different kinds of sports, museums, the marina, the many tapas bars and restaurants as well as the shops in the town. Selwo Aventura is an interesting park (north of Estepona), where you can see birds, mammals and reptiles (kudus, Asian elephants, white rhinoceros, giraffes, African rock pythons, green iguanas and the brightly coloured scarlet ibis). There are also a wide variety of plants. The park offers adventure days and exhibitions.

I recommend to visit Spain. The Spanish Golden Coast is just one of the many places worth a visit or two. In the middle of the Spain you find the capital Madrid, with a population of 3 million (in the metropolitan area almost 6 million). Madrid is known for the nightlife, the flamenco, Picasso, great restaurants and for many interesting museums and beautiful churches.

On the east coast you find the city of Barcelona, known for the artist Joan Miró ,
La Sagrada Familia (which will perhaps never be finished though the work started in 1882), the long beaches, La Rambla (a very long park road), the nightlife, great restaurants, the many museums and green parks as well as for football and the Futbol Club Barcelona (Barca).

The northern parts have many nice cities and towns. Maybe the most known of them is Santiago de Compostela, the capital of the autonomous community of Galicia and the destination of a Catholic pilgrimage route.

The Spanish Cuisine is very good. The tapas, the paella (Spanish rice dish), fried fish, the chorizo (sausage) and Jamon Iberico (Iberian ham), clams and mussels, garlic prawns, tortilla espanola (Spanish Omelet) and the olive oil are all tasty and delicious. Just like the red wine.

For dessert you can choose fresh fruit, Manchego cheese or Crema Catalana, which is the Catalan name and version of the French dessert, crème brulée. Or try a Churro (Xurro) and you won’t be hungry for hours. It is a sweet Spanish doughnut, a fried pastry. Do like the Spanish do – dip it into hot chocolate!